NASHVILLE, Tenn. (AP) — The Vanderbilt Commodores leaned on their experience and trust in coach Jerry Stackhouse after an emotional end to a very chippy first half that led to an ejection of a teammate.

The result? A very big comeback.

Tyrin Lawrence scored 22 points as Vanderbilt rallied from a 10-point deficit in the second half and beat No. 15 Arkansas 97-84 on Saturday to snap a two-game skid. The Commodores outscored Arkansas 63-42 after halftime.

“In that second half, they did exactly what we’ve been talking about,” Stackhouse said. “They led by example. No rah rah. Nothing but going out there and executing and being the veteran team that we are and playing like the veteran players that they did. I mean, it was on them. They they just competed.”

The Commodores kept scoring for a 33-9 run and a 73-59 lead with 7:43 left on a pair of free throws by Liam Robbins. The fifth-year forward scored all 14 of his points in the second half after playing only a minute in the first half with two fouls.

Arkansas (12-5, 1-4) lost its third straight and never got closer than seven down the stretch as the Commodores knocked down all 12 free throws in the final 1:57.

“I just think we got a lot of guys still trying to figure out how to win on the road, how to win in conference,” Arkansas coach Eric Musselman said. “I mean, I’ve coached a lot of games and I can’t remember a defensive team giving up 63 points in a half.”

Wright finished with 17 points for Vanderbilt. The senior also helped limit Arkansas freshman Anthony Black to three of his 18 points in the second half.

“We put him on the best guy all the time,” Robbins said of Wright. “We trust him with everything on defense when he’s guarding their guy, they get flustered, they get out of sorts. And we’re able to go out in transition run. It all starts with him. He’s our leader. He’s our catalyst and we won because of him.”

Myles Stute had 15, and Trey Thomas added 13 in a chippy game that featured three reviews with a Flagrant 1 for Arkansas and Vanderbilt guard Ezra Manjon ejected before halftime.

Ricky Council IV led the Razorbacks with 24 points. Davonte Davis had 17 and Makhi Mitchell finished with 11.

Arkansas is used to slow starts in league play starting 1-3 each of the past two years only to finish in the Elite Eight of the NCAA Tournament. But the Razorbacks needed this win badly. This is their third of four road games to start the SEC slate, and they finish with two of their final three on the road at Alabama and Tennessee. 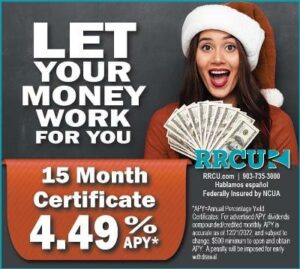 Vanderbilt had come close, losing by three at then-No. 20 Missouri and by nine at No. 5 Tennessee on Wednesday night. The Commodores showed just how dangerous they can be when their 3-point shot falls. … The Commodores beat Arkansas in back-to-back games for the first time since March 2013 after losing 11 of the previous 13 in this series.

The Commodores now are 1-2 against ranked teams this season. Stackhouse now is 3-16 against Top 25 teams in his fourth season, and this was Vanderbilt’s first win over a Top 15 opponent since Feb. 4, 2016, against No. 8 Texas A&M.

Manjon was immediately ejected by official Doug Shows with 49.8 seconds left for pushing Black as he tried to step over Quentin Millora-Brown. A review upheld the Flagrant 2 for Manjon. Stackhouse drew a technical before tossing his clipboard and later said he didn’t think Manjon deserved to be ejected.

Black hit his free throw for his three-point play, then Council hit four of six free throws off the Vandy technicals to pad a 42-34 halftime lead.

This loss coming on the heels of back-to-back losses by double digits definitely will drop the Razorbacks.