HOT SPRINGS, Ar. — Lakeside (9-4, 5-0) continued to surprise some folks Friday night in slipping past the rival Lake Hamilton girls, 34-33, to remain unbeaten in 5A South play.

There were no surprises in the boys’ game, with the Wolves racing to a, 72-51, victory over the young Rams. Lake Hamilton climbs to 15-2 overall, and 4-1 in conference. Lakeside is 6-8 on the year and 1-4 in league action.

Lakeside girls coach Jay Williams was admittedly proud of his team, which trailed most of the game. The Rams rallied in the fourth quarter to take a 34-29 lead with 2:11 remaining.

Brooklynn Braughton’s third 3-pointer of the game made it a one-point margin in the final seconds. The Lady Wolves had the ball last, but a short jumper at the buzzer was partially blocked. Braughton was one of two offensive standouts in the game, finishing with a game-high 17 points.

Lakeside junior Amelia Rogers led her team with 11 points, including 7-for-7 from the charity stripe. Despite making four 3-pointers, the Rams were ice-cold outside, shooting 20 percent.

“The older we get, the more confident we’ll be with those shots,” said Williams. “We’ll depend on those shots going down the line. We got the job done and that’s all that matters.

“Coming into this season we knew we were going to be a very young team (no senior starters) and inexperienced. We knew we had to play hard and be disciplined, and learn on the fly. We’re doing a good job of that this season.” 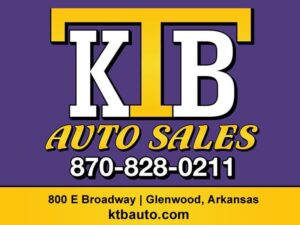 Lake Hamilton’s boys started slow and was outscored 13-3 in the final four minutes of the game with backups from both teams on the court. The Wolves turned a two-point advantage at the end of the first quarter into a 17-point cushion at intermission.

The Rams came out determined to slow the 3-point shooting of Lake Hamilton’s Ty Robinson, Zac Pennington and Ethan Hurley.

“We played their great shooters man-to-man and zoned the other two,” said Lakeside coach Eddie Lamb. “We turned the ball over too much early, and that killed us. (LaBraun) Christon is an outstanding young man, and he played well tonight, finishing around the rim. It didn’t help us losing our leading scorer and rebounder (Skylar Purifoy) early to a jammed finger. Sophomore River Cook really stepped up for us.”

Cooks led Lakeside with 12 points. Christon led all scorers with 21. Zac Pennington had 15 and Charter Harris scored 14. The Rams limited Lake Hamilton’s leading scorer Ty Robinson to five points, before he left in the third quarter with a sprained ankle.

“We’ll get Ty iced up and treated,” said Lake Hamilton coach Scotty Pennington. “We’ll see how he is Tuesday. If he can’t go in a non-conference game against Jacksonville, we’ll save him for Friday’s conference game at Benton.

“Tonight our pressure created a ton of turnovers, but we didn’t do a good job of turning them into points. Everyone is scared to death of our outside shooting, which frees up guys like LaBraun. He had a huge game for us, and showed he is more than capable of picking this team up. We’ll see that defense again, and it’s good that we saw it tonight.”