Both games started out with teams trading baskets, but Lake Hamilton’s girls and boys pulled away in the second quarter to post 48-31 and 74-57 wins, respectively.

“This was a really good road win, especially being a double-digit victory in case of a tie at the end,” said Lake Hamilton boys coach Scotty Pennington. “I’m proud of our kids; we fought through some foul trouble and others stepped up. I thought Zac (Pennington) and Ty (Robinson) did what we needed them to do. Easton (Hurley) hit some big shots and played great defense. Zane (Pennington) played much better tonight off the bench.” 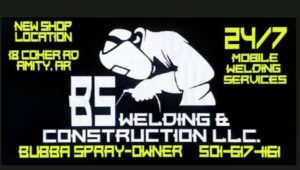 Lasker disappointed with 5A South setback

Hot Springs coach Antoni Lasker was disappointed with the Trojans start Tuesday night. Lake Hamilton jumped out to a 15-point lead, and led 34-24 at halftime.

“Lake Hamilton is a very good shooting team,” said Lasker. “Those guys have been snipers their entire career. We kept the game  pretty much even after falling behind by ten in the first half. It’s hard to come back against a team like Lake Hamilton when you get down by double digits early. We’ve got to come out early and deliver the first blow.”

The Lady Wolves’ Blake Condley was pleased with his team’s win over Hot Springs. The Lady Wolves are 5-10 on the year, but 3-1 in conference.

“In the second half I thought we were able to create some turnovers and generate some easy opportunities for us on offense,” said Condley. “That’s been a struggle for us this season (offense). We had more girls looking to score tonight. We need girls besides Nancy (Coffman) and Brooklynn (Braughton) to score.

“I think Ashley (Lewis) and Hannah (Pitts) played well off the bench for us.”