BENTON, Ar. — Lake Hamilton’s boys created some space in the 5A South basketball standings at Benton.

Pine Bluff condinues to hold an edge in the standings for first place, but the Wolves kept pace by winning at the Benton Arena, 73-56. Lake Hamilton improves to 15-2 overall and 6-1 in 5A South play. The Panthers (11-8, 4-3) lost important ground to Pine Bluff and the Wolves.

Senior Zac Pennington got the Wolves on the scoreboard first with an NBA-like 3-pointer in the opening seconds. Pennington, who is going to Southern Arkansas University, 17 of his team-high 23 points in the first half. Ty Robinson was playing of a soft ankle after spraining it last Friday at Lakeside. He didn’t score in the first quarter, but poured in 10 points to help Lake Hamilton build a 31-25 lead at halftime.

The Panthers’ hopes Friday night at the Benton Arena lied with 6-9 sophomore Terrion Burgess, who led all scorers with 26 points. He also contributed several blocks and perfect free throw shooting (6-6) .

“We got a preview of Burgess last year as a freshman; he’s very athletic and good,” said Lake Hamilton coach Scotty Pennington. “It’ll probably take some time in the weight room and a nutrition plan if he’l going to play college ball.”

Pennington had a lot to say about his own players.

“Every since Easton (Hurley) was a freshman I’ve told people, you just can’t take him off the court,” said Penniington. “I can’t explain it. He’s 5-10 and can’t jump three inches off the floor, but he get six-eight rebounds every game. Easton is just a winner. He hits big shots when you need them. He was a big lift tonight.”

Hurley stalled an 8-0 Benton run in the fourth quarter with two 3-pointers. He finished with 21 points and six rebounds.

The third offensive standout was Ty Robinson, who said before the game was nowhere close to being 100 percent after spraining his ankle. Robinson had scored 17 points and pulled down 10 rebounds when he went to the bench in the third quarter with four fouls. 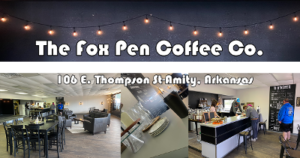 Three times Lake Hamilton built 21-point cushions, but each time the Panthers had an answer. Eli Kelly             stalled the Wolves in the third two two treys. Still, the Wolves outscored Benton 24-8 in the third period, and took a 55-36 lead into the final eight minutes.

Burgess, Jonathan Bell and Kelly sparked the Panthers that rallied within 11 points.

“I thought Zac and Ty were excellent tonight, even though Benton was doing everything to slow them down,” said Pennington. “Having Cooper (Kindt) back tonight from an injury was huge for us when we got in foul trouble. He played well, coming in to get some rebounds.”

Lake Hamilton will host El Dorado Tuesday night. The Wildcats lost a tough one at home Friday to Lakeside, 49-47.