GAMES OF THE WEEK

PLEASANT GROVE at NASHVILLE — The Hawks are ranked second among Texas Class 4A Division II teams, while the Scrappers are ranked in Arkansas’ Class 4A. Pleasant Grove has won two state championships in the last three years, finishing second in 2018. The presence of four Division I recruits look for the Hawks to win the game of the week, 21-14.

SECOND GAME OF THE WEEK

LAKE HAMILTON at LAKESIDE — These two Hot Springs area rivals have only played each other twice in the last 20 years, with the Wolves winning both times. Lake Hamilton won last year, 49-21. The Wolves are a touchdown favorite, but this could be the Rams’ year with Lake Hamilton’s senior quarterback Layne Warrick out with an injury. Going with Lakeside this week, 14-13.

In other games around Texarkana:

ORE CITY at REDWATER — Should be another close thriller. Like the Dragons, 20-19.

ARP at HUGHES SPRINGS — Two outstanding 3A programs. Think something special could happen for the Mustangs if they keep key players healthy. Taking Hughes Springs, 28-13.

LINDEN-KILDARE at QUEEN CITY — Good Cass County rivalry, and expect Bulldogs to take advantage of being a rare favorite, 26-6.

DAINGERFIELD at ATLANTA — Two of Northeast Texas’ best clash. Expecting Daingerfield to make a deep playoff run, but going with the Rabbs, 35-27.

HENDERSON at LIBERTY-EYLAU — Upset of the Week! Leopards scores early and holds on to give first-year head coach Dewaski Davis his first win at L-E, 13-10. 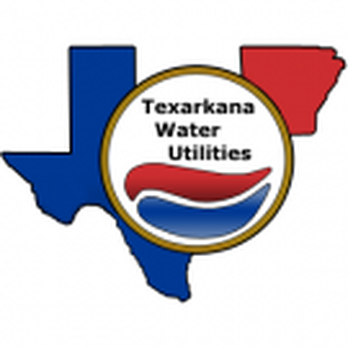 CENTERPOINT at HAMPTON — Watched the Knights beat up on a much improved Cutter Morning Star in a scrimmage. This could be a shootout, and it looks like Centerpoint wins, 40-20.

ARKADELPHIA at CAMDEN FAIRVIEW — Badgers will be good, but Fairview preavails, 33-28.

HAMBURG at ASHDOWN — Hamburg comes in the higher ranked team, but something says take Ashdown, 21-18.

CUTTER MORNING STAR at BISMARCK — CMS has some dangerous weapons. The Eagles find a way to win this one, 12-0.

POYEN at GENOA CENTRAL — Find it hard to pick against the Dragons, but Poyen may have too many weapons this year, 25-6.

MURFREESBORO at MAGNET COVE — Lots of points in this shootout with Panthers running past the Rattlers, 50-34.

EDITOR’S NOTE: This column will appear weekly during the 2020 high school football season with predictions on games played in the Texarkana area covered by Fox Sports Texarkana, and in Central Arkansas and Southwest Arkansas in the Caddo Country Radio coverage area. Results and highlights from the games played each week should be directed to Louie Avery at lavery228@yahoo.com.